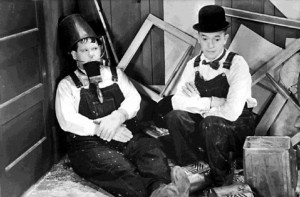 In the past month, I’ve had three separate founder and CEOs who are in similar positions contact me. Each of their businesses is doing $3-5M in revenue and they’re expecting to double or triple sales this year. Over the past six months, two of the companies made a key hire in the VP of sales role that they initially thought was great but turned out otherwise. The common refrain is: “We thought we had the right guy – and he is a great guy – but he just wasn’t able to execute in the way we needed him to.” Both are now in the middle of trying to re-hire for a VP of Sales role and don’t want to make the same mistake twice. The third company hasn’t hired a VP of Sales yet but wants to make sure they do it right the first time. There must be something in the water.

There’s obviously a great cost in time, capital, and energy spent in making a key hire. Making a bad hiring mistake once is costly. Making it more than once can be catastrophic.

There is a very simple step to take before embarking on a new hire process. This step isn’t followed by most traditional recruiting firms. It will help your company make great hires — hires that stick and perform well over time. It applies not only to VPs of Sales but any other role, from CEO to customer service rep. Here’s the approach and its advantages.

Step #1: Know the Forces at Play

To know the PSIU forces at play means this: Before you do anything, first break down the new hire need into its most basic PSIU forces. When you can start with the basics, it’s much easier to get things right.

NOTE: Within Organizational Physics, organizational functions and individual management styles are broken down into their PSIU forces. If you’re not familiar with the PSIU forces yet, do yourself a favor and read this management guide. Once you’ve read the guide, continue with this article.

Let me show you how this is done by breaking down the VP of Sales role into its PSIU forces. First, every sales role requires the Producing (P) force to produce results. It is this force that drives making the calls, setting the meetings, doing the work, and winning the sale. That’s easy. But what other forces does the VP of Sales really need? It depends. What does the organization really need?

How you weight what you need will determine the type of candidate you’re seeking. Breaking the new hire need down into its PSIU forces allows for several advantages:

Advantage #1: It Creates a Shared Definition & Joint Recognition of the Real Hiring Need

When I was the co-founder and CEO of CJ.com, the VCs decided to hire a more experienced CEO. My job was to replace myself. The board hired a top-notch recruiting firm. Then another board member and I flew all around the country for a month interviewing A-level candidates. We narrowed our choices down to the top five candidates and then scheduled two days of back-to-back interviews with the rest of the board in Santa Barbara. It was a grueling and time-consuming process.

What I found fascinating and frustrating is that, during the interviews, each of the seven board members had a different and strong opinion on what CJ.com really needed in a new CEO. After long deliberations and a good amount of arguing, the board finally decided to not hire a CEO at all. Instead, it made the interim CFO the President and decided to operate without a CEO (I became Chairman) until the board could align around one candidate more closely. It may have seemed like the safe choice but the process itself left a bad taste in everyone’s mouth. We lost a lot of time; it was expensive; and it further confirmed that this particular board wasn’t working well together at all.

I share this anecdote because it’s an all-too-common occurrence. People, even really smart people, use terms like “CEO” or “VP of Sales” under the erroneous assumption that (A) everyone is on the same page about what that really means and (B) there’s a common definition of what the company really needs. Don’t make this mistake. Instead, if the board and I had first broken the new hire need down into the forces it represented, we would have had a lot more clarity and commitment around moving forward.

Were we looking for someone who could drive sales and bring order out of chaos (PSiu)? Or were we looking for someone who could drive innovation and bring the team together (psIU)? Or some other combination? For example, if the board decided that we really needed the CEO function to build industry alliances, shore up the financing, and sell the company (PSiU), then we wouldn’t have bothered looking at highly visionary, innovative leaders. By operating with a shared fundamental definition, the entire hiring process becomes much more powerful and effective. Not only that, the process stimulates a much deeper conversation about what the company really needs and reveals some creative hiring options.

Advantage #2: It Makes it Easy to Match Individual Styles to Job Requirements

When you break the new hire need down into its PSIU forces, this naturally allows you to find a better match between that role and an individual’s style. If you’ve read The Motivation Myth: Or, How to Get Your Employees to Work Harder, Faster, Smarter, then you already know that compensation tactics don’t lead to increased performance. Instead, what creates high performance is when there’s alignment between an indivdual’s style, capabilities, and interests and the job functions that need to be performed. That is, a person who is a PSiu style, will naturally thrive at work that is PSiu in nature.

For example, one of the companies that I mentioned at the start of this article hired a very qualified (and expensive) VP of Sales who is a PsIU style. He has a great drive to produce results, is highly innovative and creative, and is a great people person. He seemed like a slam dunk. What happened? Well, the company was pursuing a channel distribution strategy and it took a lot more time to train up the channel than they were expecting. In hindsight, the VP of Sales function really wasn’t needed. Instead, this company needed someone in a Senior Account Management function (pSiU) – someone who could naturally create a training process and hand-hold and educate the channel partners. Their hire was just a classic mismatch with what was required. If they had taken the time to really define the basic PSIU forces of what the company really needed in this function (they could know this by understanding the product, market, execution lifecycles), then that would have allowed them to easily find the right style of candidate who matched.

Advantage #3: It Makes the Rest of the Hiring Process Faster and Easier

When people fail, this rarely has to do with the fact that they are bad or incompetent people. Instead, it’s usually because some aspect of the organization is misaligned. A key part of the new hiring process, therefore, is to make sure that you have an aligned organization, capable not only of hiring the right new people but also providing the overall environment that leads to high performance. Once you get the organization aligned and you know the PSIU forces you’re seeking to hire, it becomes surprisingly easy to hire great people and set them up for success.

For example, last year I had a client that was really struggling to hire key members of its executive team. The company had great growth prospects, a compelling opportunity, and cash in the bank. It had hired a COO who didn’t work out the previous year. The big challenge now was that the hiring process for a new COO, as well as a VP of Marketing and a new Director of Engineering, was moving really, really slowly. Their board was growing impatient. The CEO was beginning to doubt his capabilities to build a world-class team.

Over two months, we realigned the organization’s structure, clarified its vision and values, and recast its strategy. As part of that process we also identified the PSIU force requirements for each organizational function. With this work completed, the management team now had a shared understanding of the real need for the new hires (including what they were looking for and why) and created clearly defined opportunities within the company for great people to fill. As a result, the company was able to hire all three positions within 45 days. Nine months later, each new hire is still thriving and the business has doubled its growth rate. Aligning the organization and breaking the new hire needs down into their PSIU forces allowed it all to happen smoothly and efficiently.

There are other aspects of the hiring process that you’ll need to go through to ensure a great new hire. These include making sure there’s alignment in vision and values, that there’s a good cultural fit, that the person can do the work, that their references check out, etc. My favorite way to address all of these is to do the basic background check and then always try to date before getting married. That is, try the person out as a contractor or consultant over three to six months. See how you work together. Make sure everything operates as advertised. This allows both parties to acclimate and validate the real fit and potential while avoiding a costly divorce. Just remember that all of these classic HR tactics are much faster and easier as long as the organization is aligned and you first know the fundamental set of PSIU forces that you’re seeking to bring on board. Start there and the rest becomes straightforward.

What do you think? Have you or your company made a costly mis-hire and how was it addressed? Share your comments below.