How to Give an Order

Home/Articles/How to Give an Order
Previous Next

How to Give an Order 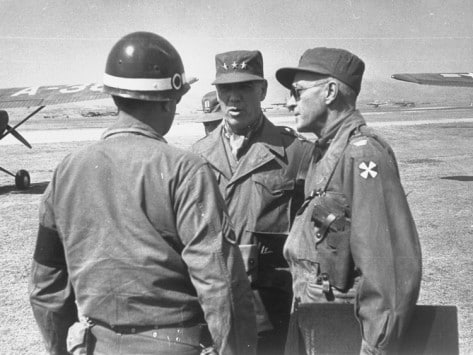 Every time you issue an order to someone, you deplete your reserve of authority and you also deplete their reserve of power.

How should you give an order to your subordinates? It’s pretty easy actually. Don’t.

Instead of thinking that your leadership role means having power over others, think instead of having power with others. Put another way, the order shouldn’t be given by you to them but should come from a shared awareness of the situation itself.

For example, let’s say that you just got word that your company is about to lose a big deal in NYC. You’re the CEO and you’ve called a meeting with the VP of Sales.

The VP of Sales comes into your office and you bark out an order, “Get on a plane to NYC and save that deal. Go!!”

Why isn’t that effective? Because every time you issue an order to someone, you deplete your reserve of authority and you also deplete their reserve of power. Let me explain.

Authority is the authorized right to say “yes” and “no” to something. Clearly, a boss has more authority than their subordinates. But like an artesian well with a fixed amount of water, each time the boss draws upon his or her authority, they take some water from the well. If they keep being “bossy” and playing the authority card, that well will soon run dry and they won’t have any authority left at all.

For example, I have authority over my kids. But if I were to over-play the authority card and issue orders like, “Clean up your room because I’m in charge,” then I’m already doomed. My kids might listen to that once, maybe twice, but soon their reaction is going to be, “So what? You can’t make me. In fact, I think you’re an idiot.”

If I try to revert to even more authority, our relationship will deteriorate faster. I will be constantly issuing orders, following up, and feeling frustrated that those orders are not instantly followed. Thank you, but I prefer being happy and highly effective over being exhausted and unhappy.

Remember, each time you draw on authority, you lose a finite resource. So use it sparingly and only in emergencies.

The other thing that happens when orders get issued is the “orderee” feels a loss of power. Power is the ability to exercise self-determination and creativity, and to help or hinder a situation.

Here’s an example. Think of the last time you were issued an order by an authority figure. Your reaction might have easily been something like, “What a jerk! He’s not even seeing the situation clearly. If I were in charge…then I’d show him.”

Now whether you or the authority figure was right, or the orders were right, is not the point at all. The point is that, instead of thinking creatively and objectively about the problem and finding breakthrough solutions, you reacted negatively to the simple act of being given an order. You felt less powerful and, if you did follow through on the order, didn’t you do just enough to meet the letter of the law, without exercising your full creative power? I would venture to bet so.

The right way to give an order is not to give an order at all. Instead, make sure that respective accountabilities are clear and then draw out the facts and viewpoints on the situation itself so that the former “order-taker” naturally creates and accepts his/her own order and follows through with self-determination and creativity.

Let’s go back to the pending loss of a big deal in NYC. Instead of an order like, “Get on a plane now!”, here is a mutually-respectful dialogue on the situation itself:

CEO: “I heard that we’re about to lose the big NYC deal. Is that true?”
VP Sales: “It’s 50/50. I just put in a call to our champion and she says it’s down to pricing.”
CEO: “What do you think we need to do to win the deal?”
VP Sales: “I’m not sure yet. I’m on a flight to NYC tonight to meet with them and figure out if it’s really a pricing issue or if that’s a red herring. I’ve got a meeting scheduled tomorrow morning with their decision makers.”
CEO: “Anything I can do to support you?”
VP Sales: “Yeah, can you put in a call to their Chairman and let them now how important this account is for us and how we’ll go the extra mile?”
CEO: “You got it. I’ll call him right after this and will let you know how it goes. Anything else?”
VP Sales: “No, just trust that I’m on it and will do my very best.”
CEO: “I know it. Keep me posted.”

It’s obviously a simple dialogue but the right spirit is there. Will they get the deal? Who knows. But their chances of getting the deal are significantly higher than if the CEO was barking orders. The VP of Sales feels her power intact and is thinking and acting in a creative and self-determined way, and the CEO isn’t depleting her authority to get it done.

Mary Parker Follett, one of the world’s pioneering management thinkers, said it perfectly back in 1924: “Leadership is not defined by the exercise of power, but by the capacity to increase the sense of power among those led.” It’s just as true now as it was then.

The next time you find yourself about to give an order, stop yourself. Instead, ensure that accountabilities are clear, assess the facts and viewpoints together, and allow the right order to flow from the situation itself.