Where Are Your Energy Drains?

Home/Articles/Where Are Your Energy Drains?
Previous Next

Where Are Your Energy Drains? 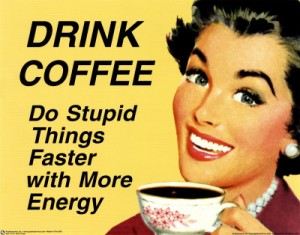 You can't mask underlying energy losses for long. You've got to eliminate them instead.

According to the laws of physics, your success is determined by how you manage energy – and there’s a universal success formula to prove it. Quite simply: success is a function of integration over entropy. Your goal is always to have high integration and low entropy. In “How to Choose the Right Strategy“, I explained how to create high integration in your company. What gets too little attention in business, however, is the havoc that high entropy plays on a system. It truly is the ultimate killer. Or as physicists Sir Arthur Eddington aptly put it in the early 20th century, “The law that entropy always increases holds, I think, the supreme position among the laws of Nature. If someone points out to you that your pet theory of the universe is in disagreement with Maxwell’s equations — then so much the worse for Maxwell’s equations. If it is found to be contradicted by observation — well, these experimentalists do bungle things sometimes. But if your theory is found to be against the second law of thermodynamics I can give you no hope; there is nothing for it but to collapse in deepest humiliation.”

So if there’s anything you should be doing in your business that you’re probably not focused enough on, it’s cultivating an awareness of entropy and a commitment to reducing it. Personally, I didn’t appreciate the significance of entropy in my own business until I ran into it. Hard.

In 1998, at the age of 28, I co-founded an affiliate marketing company in Minnesota and moved it to Santa Barbara, California. By 2001, the company was soaring like a rocket, generating incredible growth rates (much easier to do for a small company than a large one but it’s still a very exciting time), and was adding staff and customers as fast as we could to scale. During this period, everyone who associated with the company, from the staff to the customers and even people on the street, seemed genuinely blown away by its energetic, passionate, and committed culture.

As co-founder and CEO, I would often walk into the office and feel lifted two feet off the floor by the collective energy and enthusiasm of the group. I had installed a giant train whistle on the wall that the sales team would blow every time there was a sale. While the bankers on the second floor weren’t too happy with the frequent “blassssssssssssssssstttttttttttttttttt” of the whistle, we would all cheer loudly. It was a heady and intoxicating time.

Most of us had a feeling that the company had a growing opportunity in front of it and that we had the capabilities to execute on it. It was also relatively easy to make and implement decisions and there was a lot of momentum overall. That all seemed to change in a heartbeat.

During that heady period, I made the decision to hire a professional management team to supplement my own inexperience. “We’re growing really fast and we need experienced hands to help us navigate,” I said. But within two weeks of hiring the “pros,” I walked on that same office floor and, rather than feeling uplifted, I felt a crushing weight. Rather than excitement, momentum, and progress, there was a palpable sense of fear, finger-pointing, and in-fighting in the air. The new leadership had assumed a top-down approach of closed-door decision making that quickly eroded the culture we had worked hard to build.

That extraordinary climate I thought we were building had quickly became a cesspool and all the momentum was gone. The friction within the system had become so high that the ability to maintain the system, make decisions, and get work done became very low. I was dumbfounded, confused, and afraid. “What is going on and how do I fix it?”, I asked myself. I didn’t know it then but I had run up against the classic laws of physics. I did understand, however, that if I didn’t fix it fast, my company was going to fail.

Thankfully, this mini-crisis was a wake-up call. Through a series of steps and some outstanding guidance, I was able to realign the organization, reduce the internal entropy, and accelerate its performance. Today, the company is the world’s largest affiliate marketing company, CJ.com. If we hadn’t dealt with the growing entropy, it would have been just another startup failure.

“Sniff” Out the Drains 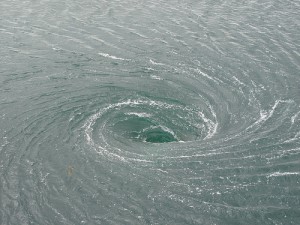 In business and in life, ignore energy drains at your peril.

Energy flows from inside out so begin with you. How’s your physical, mental and emotional health? Any energy drains? If so, what is causing them and how can you address them? Then move outward to your primary love relationship and key family relationships. How are they? Is there friction or flow? If there’s friction, what is causing it and how might you help to address it? Keep moving outward and look at your company. Where does energy seem to be flowing and where are the energy drains occurring? You do this by walking around observing, asking questions, and listening. When you notice signs of unhealthy entropy, take note. Flow is good. Excessive friction is bad. Remember: your company has a fixed amount of energy and whenever there’s a real drain, it’s stealing from your top-line performance.

For example, you may notice that there seem to be good flow and momentum in the sales process. You can tell because you have satisfied, paying clients who come back and buy more of your product or service. The sales team is motivated and working well together. At the same time, you might notice significant friction and energy drains within engineering. What’s causing this? Is it the people? The process? The structure? A misalignment in vision and values? Whatever the cause, if you want to increase execution speed, you’ll first need to address the drains.

Sometimes energy drains are so significant that they can seem impossible to handle. Maybe the friction with your board is so extreme that trying to address it seems more costly than putting up with it. Or perhaps you’ve lost trust and respect with your co-founder. How do you deal with something that, if it goes badly, could bankrupt the whole company?

Obviously life and work are complicated and each situation is unique. I’m not going to insult your intelligence by telling you that there’s a simple, magical, three-step formula to eliminate every major drain. But change always begins with a shift in perspective. And it’s that greater perspective of the real cost of energy drains and their adverse impact on the system that I’d like you to cultivate. Once you begin to view problems and conflicts as energy drains, you’ll be able to find energy-gaining solutions much more easily.

How you deal with energy drains and maximize top-line integration is the art and science of Organizational Physics. As you study and apply the these principles to your life, work, and relationships, your ability to solve even the most complicated challenges gets better and better. For now, just remember that if you want greater top-line performance, you’ll need to start by identifying the energy drains standing in the way.

Back to The Success Guide.

Next to The Happy High Achievers.