The Key to High Performing Teams

The Key to High Performing Teams 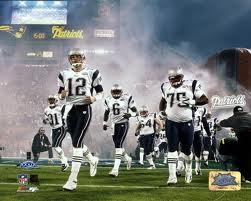 Growing up, I had a good friend whose dad was very successful. They lived in a gorgeous home on Lake Minnetonka and I was lucky to spend time a lot of time there, hanging out and enjoying their largesse. Among the things I vividly recall about their home was a refrigerator magnet that read, “Behind every successful man is a wise woman.” I remember that magnet because it made my fourteen-year-old self wonder, “Hmmm, is Mrs. B trying to tell the world that she’s equally responsible for all this magnificence?” and “Is it really true that all successful men have a supportive woman behind them?” or “Maybe it’s her way of putting her husband in his place…” I didn’t have the answers then. But looking back, I can see that this message (dated and cliche-ridden as it is) is worth pondering and has implications for marriages and businesses alike.

The Secret to a Successful Marriage 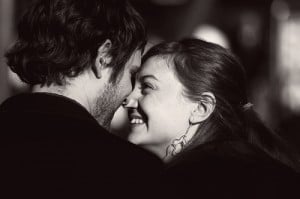 A happy and successful marriage comes from joining complementary styles.

Marriage or partnership is an exemplary opportunity to match and leverage complementary PSIU forces. No one can be predominantly change-driving, change-responding, focused on the parts, and focused on the whole all at the same time. For much of human history, sexual and gender differentiation resulted in men playing the part of PsIu while women played the part of pSiU. That is, men were responsible for bread-winning (P) and strategy or career advancement (I) while women were responsible for organizing domestic life (S) and taking care of children and family (U). In short, the left side of the PSIU chart shows the classic “feminine” functions and the right side the “masculine” ones.

In the United States in the 1970s, when baby boomers shifted to a dual-income family model and women entered the professional workforce en masse, women joined men on the Producer and Innovator (or traditionally “masculine”) side of the chart. The result? Couples started outsourcing their Stabilizer functions to housekeepers, bookkeepers, and organizers and their Unifier functions to babysitters and marriage counselors – all to keep the family together!

Today, as many of us have outgrown long-standing assumptions about gender and marriage, we can see that the point is not about gender roles. Rather, it’s that all four forces must be present for a family – however you define it – to thrive. Specifically, what all successful and harmonious unions have in common is that both partners naturally complement each other. For example, a partner who is a PsIu will tend to harmonize well with someone who is a pSiU. If one partner is naturally externally focused on career innovation and the other is internally focused on domestic harmony and organization, the partnership can really work. If one partner is naturally better able to focus on short-run needs and structures, while the other is better at seeing the long run and creating harmony, that can also really work. Any number of themes and combinations are possible. What matters is that both partners complement the other and (as long as they share love, trust, and respect) they will have a happy partnership.

Compare that to a relationship where both partners are entirely focused on their careers and personal ambitions, while displaying strong Producer and Innovator traits (PsIu). If this occurs, there won’t be enough force organizing and bonding together the family, which will suffer and tend to disintegrate. On the other hand, consider a union where both partners are stable and prudent but prefer to hang out with their friends than develop their careers (pSiU). In this case, the couple will probably have a great social life and terrible cash flow. It takes a complementary team to have a chance at a happy relationship – and both partners must give and take to create a balance.

The Secret to a Successful Business 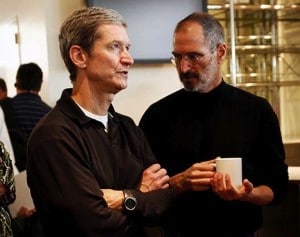 Highly visible leaders may get all the press accolades but, behind the scenes, there's always a complementary partner/team.

If you pay close attention, you’ll notice that a highly successful and visible business leader usually has a highly capable and less visible complementary partner. For example, Apple’s late CEO Steve Jobs was recognized for his inventiveness, charisma, and uncanny ability to predict the future of technology and anticipate (even produce) consumers’ desires. Jobs was also famous for his blistering attention to product detail. In one oft-repeated anecdote, we hear that Jobs ordered the original iPod dismantled the night before the press launch when he noticed that the headphone jack did not make a satisfying click when inserted. These are classic traits of the Innovator. Jobs was also infamous for his impatience and high work ethic. These are classic Producer characteristics. As a management style, therefore, Jobs coded as PsIu.

Tim Cook was Apple’s COO (now CEO) who, according to most reports, was a perfect complement to Jobs. Cook works at a relentless pace (Producer), is a spreadsheet junkie with ruthless attention to detail on the supply chain (Stabilizer), and is also down to earth, soft-spoken, and good at maintaining relationships (Unifier). As a management style, therefore, Cook is a PSiU. Cook’s production drive met Jobs’ own. They both demonstrated extreme attention to detail, but in different domains. While Jobs was a powerful Innovator, Cook is more of a Stabilizer and Unifier who makes things efficient and smoothes the way with others. Together, they made a powerful complementary team.

According to a 2011 profile by the New York Times, “Their complementary skills have helped Apple pull off the most remarkable turnaround in American business, and made it the world’s most valuable technology company.” The Times also recognized that a huge void would need to be filled when Jobs passed on: “When Mr. Cook is on his own, he will have to compensate for the absence of Mr. Jobs — and his inventiveness, charisma and uncanny ability to predict the future of technology and anticipate the wishes of consumers” (all Innovator qualities).

So while Steve Jobs was celebrated as the world’s greatest CEO, behind the scenes he had a complementary partner and executive team. The necessity of the complementary team gets short shrift in the media, however, which celebrates the cult of the individual. Just browse through any bookstore and you’ll see the mugs of Donald Trump, Bill Bellicheck, Jack Welch, Richard Branson, or the latest guru celebrated with very little mention of their complementary partners who supported their success.

Even business schools promote this cult of the individual leader. Read a popular business book about leadership and it will say something like this: A good leader produces results (P), brings efficiency and systems (S), is able to innovate to changing market demands (I), is a good people person (U), and focuses on the vision and values (U). This is nonsense. It’s a myth. Just because it gets spun as fact in the media doesn’t make it true. The bottom line is that if you want to be successful (and happy), you’ll need to surround yourself with complements. You simply can’t go it alone.

Next to Getting from PSIU … to Really Good Management