Home/Articles/Knowingness vs. Analysis
Previous Next 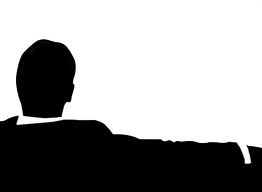 When you’re involved in making an important decision, do you rely on knowingness, analysis, or both?

I’ve been catching up with season four of the hit TV series Mad Men. One scene captured the difference between knowingness and analysis really well. In it, Don Draper, the creative veteran, is in an argument with a Dr. Faye Miller, a psychologist who specializes in researching why people make the decisions they do.

Dr. Miller has just conducted a focus group of young, single women to gather research on a skin care cream. As the women talk candidly, the conversation quickly turns to men and relationships. Dr. Miller’s conclusion is that the product should be positioned as a way to help young women find husbands. Her method is proven, scientific, and verifiable.

But Don Draper isn’t convinced at all. He argues that analysis can only capture what’s been known before. He tells her, “How do you know that’s the truth? A new idea is something they don’t know yet, so of course it’s not going to come up as an option. Put my campaign on TV for a year, then hold your focus group again, and then it will show up in the results.” Throughout the series, Don has proven himself to be a “knower.” When he gets an intuitive hit that the campaign is right, it usually is.

Although Mad Men is set fifty years in the past, I think it’s safe to say that an analysis-based, by-the-numbers approach has grown to permeate much of our culture. It’s prevalent in the standardized testing of our children, in the MBA programs of business schools, and in how we allocate dollars to everything from a new TV pilot (if the TV pilot doesn’t “test” well, it won’t get funded) to, like Mad Men, deciding on new product positioning and advertising.

The problem with an analysis-only approach is that it actually prevents discovery of something new. I recently heard an NPR interview with Malcolm Gladwell where he talks about an interesting psychological study that shows what happens when people have to justify a decision. (And yes, I’m relying on an analytical approach to convince you that relying on an analytical approach is a bad idea).

In the study, two groups of college students are invited into a room filled with posters. There are two types of poster. One type is highbrow modern art. The other is a lowbrow LOLCATZ style poster. When the first group of students is invited to take a poster, no questions asked, they choose the modern art. But when the second group is invited to take a poster, they are asked to write a paragraph that explains their choice. In this case, they choose the cheesy cats.

The rationale of the study is that forcing people to use language to describe something they don’t fully understand, such as modern art or asking people to envision a never before seen product or service, it usually results in a different, safer choice from what they truly desire. For example, imagine if someone tried to perform a focus group for Twitter five years ago. The results on its future potential would have been extremely negative. But if they did a focus group on a Twitter-like service today, the results would be much more positive because people now have the actual experience in mind.

The great thinkers, artists, managers, and entrepreneurs have always been able to rely on their gut instinct or intuition to create something radically new. To make a leap into the future, you have to rely on your gut. You know you’re on the right path, but without being able to explain how it is that you know. Without this leap of faith, nothing new in our culture would be created. It’s important to keep breaking down old cultural barriers because not only do we create our culture, our culture continues to create us.

So the next time you need to make an important decision, by all means look at the data. And then allow your knowingness to take over. If you can do that, you’ll be able to design, develop, and anticipate outcomes that no amount of analysis can ever provide.