What Warren Buffett Can Teach You About Hiring

What Warren Buffett Can Teach You About Hiring 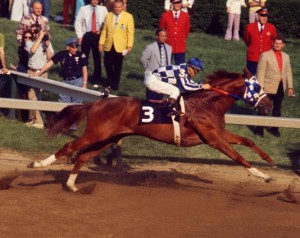 Bet on potential. Not just experience.

Warren Buffett’s 2010 Annual Letter to Berkshire Hathaway shareholders was recently released. It’s as outstanding as ever and worth a read. There’s a footnote in the report about their hiring a new business manager that I really loved:

“When we issued a press release about Todd’s joining us, a number of commentators pointed out that he was ‘little-known’ and expressed puzzlement that we didn’t seek a ‘big-name.’ I wonder how many of them would have known of Lou in 1979, Ajit in 1985, or, for that matter, Charlie in 1959. Our goal was to find a 2-year-old Secretariat, not a 10-year-old Seabiscuit. (Whoops – that may not be the smartest metaphor for an 80-year-old CEO to use).”

The reason I loved this footnote is that I believe too many businesses make the mistake of consistently valuing past direct experience over transferable skills and upside potential.

For example, a venture-funded internet advertising firm recently reached out to me for help in finding a VP of sales. It was obviously an important hire. Guess what their top requirements were? According to the CEO, “We want someone who has fifteen years of experience in online advertising, who has a great network of contacts, and who has demonstrated continuous success in the field.” Blah, blah, blah. I get it. It’s the safe choice and on paper it looks great.

But looking to hire based solely on experience is how you can end up overlooking the best candidates for the job. Instead, be willing to bet on an individual who has transferable skills (in the case above, for example, you’d want to look for great sales skills rather than time spent in one industry) and who is bright, eager, committed, and willing to learn. In short, while experience is valuable, you should always look to hire on the basis of great potential rather than years spent around the track.