If You Give a Man a Hat, Take Away His Incentives

Home/Articles/If You Give a Man a Hat, Take Away His Incentives
Previous Next

If You Give a Man a Hat, Take Away His Incentives 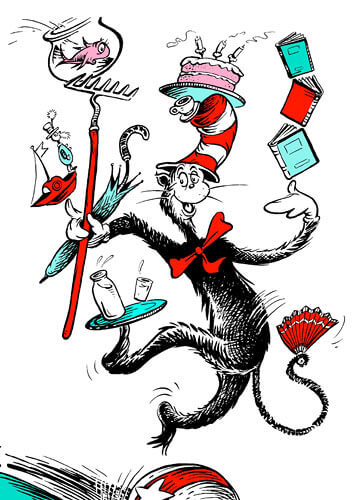 Balancing multiple competing accountabilities is hard to do.

… Take away his incentives…wait…whaaaaaat did I just say? Let me explain.

One of the key concepts of Organizational Physics is that growing your business from the Nail It to the Scale It stage usually requires a change in organizational structure.

Changing structures, roles, accountabilities, and reporting relationships is a big undertaking. It’s a pre-requisite to scaling up but it can be hard to get it right. It also takes time and energy to integrate the new design.

When a growth company doesn’t yet have the resources to hire out its full team for the new structure, it’s a common practice to assign multiple roles or “hats” to existing leaders.

Some common examples of hat wearing that I see in companies in the Nail It stage include:

There are other examples. Obviously, hat wearing isn’t ideal. In all of these instances the organization is violating a principle of structure. This is because they’re combining effectiveness roles with efficiency ones, long-range roles with short-range ones, or roles that need more decentralized autonomy with those that need more centralized control.

In other words, while hat wearing can be useful and necessary, you should always view it as a temporary measure. It sacrifices some focus and energy in the people wearing the hats (and the company as a whole) in exchange for short-term cash flow savings and buying time to find the right new hire or promotion. Basically, only deploy hats when cash or time is too tight.

That said, if you are deploying multiple hats, you should keep in mind a simple concept that will increase organizational effectiveness during a time of transition. It will also help your hat wearers to be successful in their multiple accountabilities. This concept applies only to those in jobs that have performance-based incentives.

The concept is this: Convert any performance-based incentives for those wearing multiple hats to base compensation, including any incentive compensation they would have likely earned if they had performed just their major role.

Here’s an example. Let’s say that you are the CEO of a fast-growing company with $15M in revenue and Joe is your head of Sales who runs the entire sales team. You have enough cash flow to make some smart business investments but not enough to hire or invest willy-nilly.

The rapid business growth is putting a strain on the culture and hiring. To compensate, you decide to create a new role called head of Culture and People Development with accountabilities for cultural events, recruiting and on-boarding, and cross-functional staff development.

You can’t justify hiring a full-time person for this position right now so instead, you ask Joe to continue to lead the Sales function and take on the newly formed Culture and People Development function. You justify this decision because it’s intended to be for one year only and Joe is your best cultural leader. Joe’s base salary as head of Sales is $150K. He earned $100K in sales commissions last year and is projected to earn the same this year.

Since Joe is now temporarily wearing two hats, what I’m proposing is that you should temporarily convert his existing sales commission plan and pay him base compensation of $250K (what he would earn if he hit his full sales targets this year), for as long as he’s wearing both hats.

Does the idea of taking away your head of Sales incentive plan make you feel queazy? It should. But if you are committed to driving your business to its scalable potential – and if Joe really is your best choice to wear the hat for Culture and People Development – then that’s exactly what you should do.

Why? Because if you give Joe both roles but keep the old incentive plan in place, despite his best early intentions to do well at both, he will likely do worse. The role with the explicit incentives (in this case, Sales) will always dominate his energy and attention, even if it causes harm to the development of the business. At the same time, even though he’ll give Sales most of his efforts due to the incentives, he’ll likely do worse at both roles because of the increased demands placed on him.

However, if you were to pay him a healthy flat wage and trust his intrinsic motivation to lead and oversee both roles – Sales and Culture and People Development, then he has a chance to do well at both roles in the interim. You’ll notice that without incentives, he’ll start to act less like a hammer and more like a lever. He’ll do better at developing the bench in both departments. He’ll see the big picture and make decisions that are best for the business in the short and long run.

Why is this the case? Wearing multiple hats — leading multiple, competing priorities — is hard to do. Short-range priorities like Sales will naturally overpower longer-range needs like Culture. Sales requires a hunter style; Culture a harvester one. Navigating these inherent conflicts puts a tremendous burden on the leader and on the company.

If the organization is going to achieve escape velocity, then Joe needs to be able to reconcile these conflicts, adapt his own style, develop the next generation of leaders, and execute well on both roles at the same time. Performance incentives don’t help in a scenario like this. They hinder.

For instance, if you were a professional soccer coach and your best athlete was a striker, you’d be hard-pressed to ask him to play defense too. You might justify it, however, if you were getting a lot of goals scored against you and you didn’t have other capable players. Now imagine that you ask the striker to make that change but also keep his existing goal bonus in place. How much defense are you going to get? Not much, and it will probably be erratic. But if you were to take away his goal-scoring bonus and just pay him as if he hit his quota anyway, then you’d get a more balanced player and true team leader.

Assigning hats in business is the same. Over time, it’s hard on the player and it’s hard on the team. You need to rely on the intrinsic motivations of the people wearing the hats and create an environment where they can do what’s right for the business’ sustained performance. Performance incentives hinder this by causing the leader to sacrifice one function for the other because the one with the explicit incentives will always win out.

This concept of rolling performance incentives into healthy base compensation for hat wearers is simple but it usually raises some questions. Below are answers to some of the most common questions to help you think this through:

2. Don’t I actually have to pay the hat wearer more to run multiple accountabilities?
No. I would argue that if you ask someone to wear a temporary hat and they reply with “pay me more money,” you’re not asking the right person. You’re dealing with box #3 Mercenaries/Specialists and they should be left alone to focus on their singular task.

3. Shouldn’t I create new performance incentives for all of the multiple hats instead?
No. You’re creating more complexity that’s harder to manage and harder to change when it’s time to take the hat off. Keep it simple. If you are committed to performance incentives, then keep them at the macro-level, like profit sharing or stock options, but don’t try to micro-manage incentive-based performance.

4. It seems really stupid to ask the head of Sales to also take on Culture and People Development. Do you recommend this?
No, I don’t recommend this. I was just sharing an example (one I have seen before). Again, hat wearing is not ideal but you have to play the cards in your hand.

5. Why have role accountabilities and hats at all? Why not just create a self-managed organization where people can shift in and out of roles across departments at their own volition/discretion?
Good luck with that. Every high-performing organization has defined roles on a team. Those roles may be self-defined but they are defined. The principle is the same. If you want fluidity of roles and accountabilities, individual performance incentives will only harm.

6. It seems really hard to get someone who’s wearing a hat to actually take it off. How is this done?
It can indeed be hard to get someone to take off a hat, especially if it feels like a loss of status. It isn’t. You can mitigate any resistance by helping the person being asked to take off a hat to see the bigger picture and what is best for the next stage of business growth. At the same time, try to get them to acknowledge what they are exceptional at and enjoy doing. By taking off the hat, you are freeing them up to have more time and energy to do what they are most exceptional at and creates the most value for the business – i.e., their main role.

7. It is too risky to take away all performance-based incentives. What are other options?
If the thought of taking away performance incentives from a particular role or individual feels too risky to you, I would trust that and not make the change. Either don’t invest in the new role at this stage or find someone else to wear the hat – someone who gives you confidence that the can execute without extra incentives.