How to Navigate a Crisis in 3 Courageous Steps

How to Navigate a Crisis in 3 Courageous Steps

This article is for leaders who seek an edge in navigating a personal or organizational crisis. 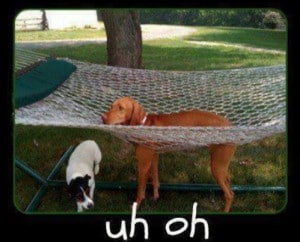 You’re either on top of events or events are on top of you.
– Pat Riley

A good warrior must always assess his present position, evaluate his losses and assets, and move forward.
– Tim O’Shea

When you’re in a crisis, there are three things you can do to get out of it. These three things will not only create distance from the current crisis; they’ll make you stronger and more resilient, as well as help you avoid a similar crisis in the future.

These three steps aren’t easy. They take great courage. But they work for just about any type of crisis: financial hardship, poor health or disease, a deteriorating relationship, or a business failure.

Follow these three steps whenever you’re feeling stuck, afraid, or trapped by circumstances and you’ll break through to greater freedom, perspective, and new opportunities – usually much faster than you could have imagined. The three steps are:

HG Wells said, “The crisis of today is the joke of tomorrow.” Putting these three elements into practice will transform your crisis of today into something you can laugh at in the near future.

Stick to Your Strengths and Core Values

If you’re in a crisis, chances are that you stopped playing to your strengths or stopped living by the real values in your heart some time ago. Is this true for you? If so, then this crisis is your wake-up call.

The risk here is that, in the fear and uncertainty of the crisis, rather than doubling down on what you do singularly well and sticking to your core values, you freak out and do something drastic or foolish that isn’t in alignment at all.

If you do, an ordinary crisis can quickly turn into a catastrophe. For example, about a decade ago, Martha Stewart was at the top of her fame and power. Her strengths were media and communications and the core values she expressed were beauty, elegance, and fine entertainment. Then Martha got off track. She got caught up in an insider trading scandal. Then she lied about it, got busted for it, and was sent to prison – only to watch her empire crumble.

While we all get off track from our core mission and make mistakes, when we get a wake up call (like from the Feds), it’s like a smack across the face to get back to basics and return to our strengths and core values. If we don’t, if we panic and go in the opposite direction, this usually leads to calamity.

So don’t panic. Calm down. Take a look at the facts. Identify your core values and don’t compromise them. Identify your true strengths and begin to play from there. When you do, even the scariest situation will begin to resolve itself into clarity of purpose.

Key Question to Ask Yourself: What are your strengths and core values?

Do What You’ve Been Resisting Doing

I have an unprovable theory that we create crisis in our life because we’ve been resisting doing what we know we’re supposed to be doing in our heart. “Fate leads him who follows it and drags him who resists,” said Plutarch.

There’s something liberating about a really good crisis. It forces you to cut away those things that are no longer serving you and probably haven’t been serving you for a while. What should you cut out? It could be anything — an old mindset, a self-limiting behavior, a toxic relationship, an underperforming business unit, a job you hate. You name it.

When you cut out the old, you give space for the new to emerge. This takes real courage. For instance, at 45 years old, Mary Jones was diagnosed with terminal cancer and she was given only a few months to live by her doctors. A true crisis.

Mary’s life dream was to work with orphans in Southeast Asia but she had never found the time or money to take a sabbatical from her job as a corporate controller. Having a prognosis of just a few months to live sent Mary into action. She quit her job, sold her house, and dedicated her remaining days to helping kids while her health allowed her.

Basically, Mary cut out everything except what was truly important to her — what she knew in her heart she should have been doing all along. You won’t be surprised to learn that Mary’s cancer “miraculously” went into remission and ten years later, she has a clean bill of health. Why? In my opinion, the crisis showed up because Mary’s career choices were fighting against her true desires. The crisis went away when she owned up to what she was resisting doing and took action to actually do it.

To be clear, I’m not saying you need to leave your CEO job and go work with orphans. I’m saying that, when in crisis, you need to take action on whatever it is that you’ve been resisting so that the new thing can emerge.

Key Question to Ask Yourself: What have you been resisting doing?

There’s a time to explore options, teachers, and methods. A crisis is not the time. If you need help in navigating a particular crisis, then choose and commit to only one expert or method that you trust. Cut out any other sources of advice or guidance until you’re re-integrated on the other side of the crisis and you have the energy and capability to explore new options once again.

In a recent Ted Talk, Baba Shiv explains that having too many options, or too much conflicting advice, actually makes it less likely that you’ll achieve success.

Here’s an example. About a decade ago, I had a coaching client and he was making great initial progress. He seemed on the verge of creating a breakthrough in his life and business.

Then unbeknownst to me, he started seeing an energy healer/psychic to help him with a health condition. This “psychic” said something to him that made him question our entire approach and method together.

While we did talk it through afterward, all the momentum we had built up in this early critical phase was gone and we never got it back. We soon ended our coaching collaboration. The sad thing is that he was never able to recover and, although we remained friends, he’s still stuck in that same issue today.

I recognize that blindly trusting the wrong method or guru can also be a recipe for disaster. But the solution during a crisis isn’t to dabble. The solution is to go “all in” with the method you believe in and stick it out for a reasonable time frame. If a reasonable time has passed, and if you’re still not getting the results you’re seeking, then change to a new expert or approach. But don’t trade horses mid-race.

Key Question to Ask Yourself: Who is the one person you trust to help you across to the other side?

In his book, The Winner Within, Pat Riley writes: “Renewal always begins with destruction. The key is guiding the pain of destruction in the direction of renewal. Otherwise, the pain is useless and self-defeating.” I couldn’t agree more.

A crisis is a form of destruction of the old to make way for the new. You channel the pain of the crisis by playing to your strengths, sticking to your core values, owning up to what you’ve been resisting doing, and trusting in a worthy mentor or guide to help you get across the hard parts. If you do those things, then a crisis becomes truly liberating.

What do you think? How have you successfully navigated a crisis before?