Draw Me a Picture

Home/Articles/Draw Me a Picture
Previous Next

Draw Me a Picture 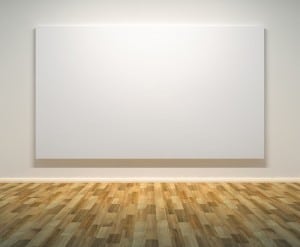 When I was growing up, my grandfather used to tell me: “The key to communicating a new idea is to kiss your audience. Do you know what kiss means?” “Ah, no Gramps, I don’t think so and I’m sure you’re going to tell me anyway, so what does it mean?” “It means ‘Keep It Simple Stupid.'”

Grandpa was right but he didn’t go far enough. If I had to respond to him today, I would tell him the secret is “MAPS: Make a Picture Stupid” instead. This is because I’ve realized that, when trying to communicate and get buy-in for a new idea, it’s not enough to keep things simple. You can actually accomplish much more – and more quickly – by using concept maps, or visual representations of your idea. In fact, I would go so far as to say that if you can’t describe your new idea in one elegant picture, you haven’t thought it through well enough. You need to go back – literally – to the “drawing board.”

We live in a world of extraordinary complexity and noise – and the things that capture our attention tend to be the most iconic. In other words, it’s the memorable visual representations that stick with us the most. The data also shows that most of us are visual learners and thinkers. By translating complex concepts into simpler images and mind maps, we allow others to better grasp and conceptualize – as well as remember – them. Using images also allow us to bridge any gaps in background, context, vision, and values between us and those around us. It’s not surprising that the proverbial picture is thought to be worth a thousand words.

In the workplace, we’ve all suffered through ineffectively lengthy meetings, the ramblings of long-winded colleagues, and the obscurity of convoluted presentations. I know I’ve been in meetings where one string of “blah blah blahs” followed the next, leading to no real clarity. Often what makes these meetings so bad is that people are not operating with a shared concept, terms, and context. A good picture can establish all three of those things very quickly.

We know this intuitively. That’s why we have white boards in our meeting rooms. Duh! But the point I want to make is that the white board (or picture-making capability) isn’t a luxury; it’s a necessity. Use it and start there. Begin with the picture. Then have the discussion. For example, if you’re out raising capital, make the first slide in your deck a picture of your business model. If you’re trying to win a new account, lead with a picture of your understanding of the client’s problem and how you can fix it. If you’re working to secure votes for political change, start with a picture that shows the current reality. Then discuss – and depict – how you want to change it.

In the late ’90s, I had a vision for a new type of affiliate marketing network, Commission Junction. As co-founder and CEO, I struggled greatly with how to define the terms, explain the concepts, and get buy-in for the vision in my head. Looking back, I can see that the thing I lacked was a captivating picture that explained the business model in a simple way. One day, our new graphic designer, Jonathan Warrecker, drew this elegant little picture for me:

When I saw it, I shouted, “That’s it! Finally, someone understands me!” and patted Jonathan on the back. I started using that picture to explain the business everywhere I went and, finally, people seemed to “get it.” What changed? Only the picture.

Your idea, no matter how complicated it may seem, is the same. There’s a picture in there; you just have to find it. If you can make the complicated appear simple, you’ll be heard much more clearly. You’ll also be able to get stronger and faster buy-in – which is exactly what you want, no matter what you’re pitching or selling.

One last thing. If you’re an entrepreneur who needs to draw a picture of your business model check out the work of Alexander Osterwalder and the “Business Model Canvas,” I highly recommend you check it out ==> Business Model Alchemist.